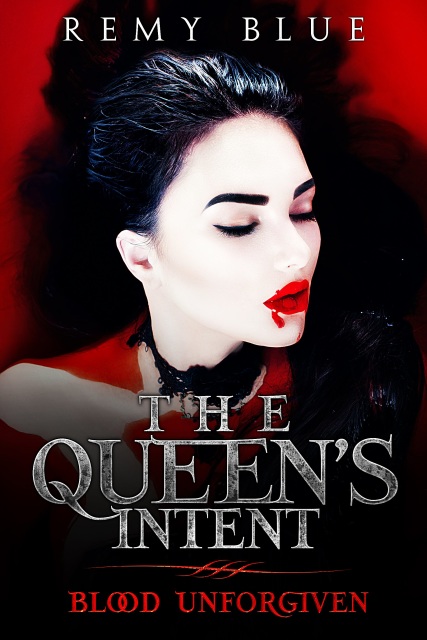 With the current passing of her mother Dorena, highborn vampire, Lilian of the Chilian House must reaffirm her grasp on her vampire-demon lands. After the passing of Dorena, three items from her mother's magical vault go missing. Lilian must find all three and uncovers one of them. Lilian clashes with the other ancient vampire houses, from her mother's bad blood with many of them except two. With the disappearance of the two powerful magical items, old foes, allies and mysteries are related to her mother's late passing and mystic vault.

An unconventional lover comes back into her life to protect her, named Razavan. Lilian is unsure of his motives, as he was banished from his ancient vampire house to protect her's. She must retain her control and show herself as a strong leader among the vampire-demon high society. Razavan's younger brother, Victor has motives of his own as he seeks to destroy the Chilian house. Both brothers clash with one another, as they are the end of the spectrum of fighting for what they believe in.One for love and the other for secrets unknown. Lilian and Razavan reaffirm their love for one another as time goes by with all the events happening. Lilian leans to her knight, Razavan for comfort and support.

More mysteries set before as betrayals become evident behind the vampire houses because of Dorena's past connected to all of them. The darkness grows darker as the truth slowly unveils itself for Lilian about her mother's past, the other houses and her origins. Lilian and Razavan must seek out who is the culprit behind the missing two powerful items, yet who can she trust, for blood runs thick and can't be unforgiven no matter what.

​Here is an excerpt from the book:

The turbulent winds haggled down below as marching armies of thousands flooded the countryside with swords neck to neck with their enemy holding the banner of serpent with blood and faceless demon with wings. The moon paraded high in the sky as the spectator to watch the hordes of bloodshed below. Iron to leather, leather to iron, blood splutter everywhere as the carving of flesh hilted the bloodied countryside with bitterness and scorn. The banner continued to stand tall. Corpses stained the hill sides like raindrops. The darkness raided the night as to move behind the clouds for safety as the light shadowed over the lands. Many soldiers fallen as swords pierced their flesh like butter. Hundreds of soldiers stood in formation as a lone leader stood on the mountain side with a silver helmet and sword hilted at their side. The banner stood mighty as some soldiers held onto it. Decked in leather, silver and chainmail the leader unsheathed their sword and pointed upward. The other soldiers hit their shields as the victory was claimed over the lands. The lone leader rode down and nodded its head to the rows of their deviate heroes.

One man cringed as the blood poured from his mouth. Dismembered from the legs, the man continued to crawl over his fallen comrades. The leader rode up to the man and hopped off the horse. The man looked back and tried to crawl faster.

The leader smiled and took off their helmet revealing long silver violet hair with shimmering sparkles under the moonlight. Lips blood as stained red, fangs to the bottom lip, a slender oval face, pale skin as moonlight dipped in alabaster seas. The leader took off their gloves to reveal claw-like fingernails with metal tips and bone fragmented into the nails.

The man looked up at the leader and frowned, “you’re a woman?”

The moon glistened over her face and she smiled evilly, “I am.”

She reached down in one swoop and picked the man up moving his head to the side and bite into his neck draining him of his blood. Shrills of screams filled the country side as others began to do what she did. After a few minutes, she threw the man’s body to ground. Her bloodshot snowy eyes stood out under the darkness as a waiting death. She looked at the battlefield and wiped her mouth of the blood dripping down her sides. A man with green helmet strolled up to her. She turned her head to see his bold golden silver eyes study her. He bowed to her as he approached her.

“Lady Lilian, the entire human army is no more. We have used our forces to destroy them,” the man in the olive helmet celebrated.

She licked her fingernails and smirked, “well done, General Gogu. We shall advance the men back to Bone Castle.”

Gogu kneeled his head further and stood up as she strode passed him. Her long hair danced in the moonlight as was free from its rain extending to her knees. Her horse rode beside her and Lilian jumped onto it. Her fangs whitened under the moonlight as she raced passed her vampire soldiers feeding on the last remaining humans trying to fight them off. She grinned as to her she was the queen to her people and household.

​
Not Available
Powered by