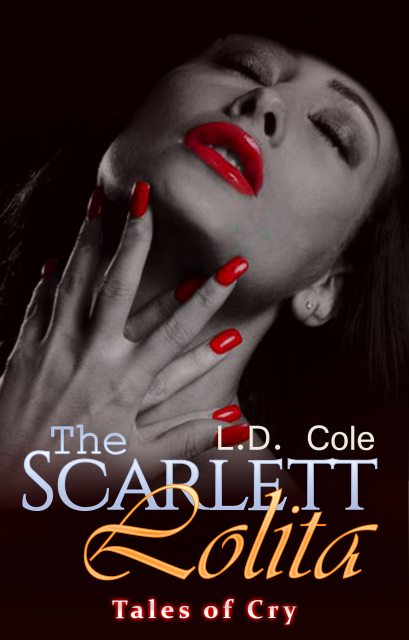 Here is a short description of the book:

A young woman named Shelly Row, is a bisexual go-go dancer working the nightlife under the name “Sexy Silk”. She has many sexual relationships with men and women. She meets a man named Kevin who challenges her to an average lifestyle since he is a corporate lawyer. She closes out many of her relationships slowly trying to see that Kevin is potentially good for her. Shelly often has flashbacks to her mother in her younger days giving her advice about life and men. During the same time, Shelly meets Calvin who lives in the world of old money and the nightlife. Shelly gets caught up living between the two worlds. She dumps Kevin soon after realizing she isn’t ready to live that kind of life yet. She becomes entangled with the Calvin family and setting her life deeper into the nightlife.
At the same time, Shelly gets into an affair with one of the Calvin family members named Edmund. At the same time, her go-go dancing brings in many clients. The patron becomes increasingly interested in Shelly at the same time she has the affair with Edmund becoming his sub. Shelly parallels her life between the nightlife and the Calvin family even more with new players afoot. She later receives a shocking revelation between both men and decides to run. The little Lolita now must escape the hell she created. Shelly falls for the patron and finds it difficult to escape from his elusive and collected ways. Even with the shocking revelation, she consequently sees the patron in the most unfortunate ways. With her life becoming more complicated, Shelly finds herself between the nightlife, the Calvin family and the mysterious patron who all want a piece of the Lolita and thus her tale of crying becomes centered around mystery, betrayal, and seduction.

The night air was filled with jasmine and sewage, wafting from dark alleys. Footsteps echoed as a pair of heels clicked the pavement.  Clad in a tight black leather skirt, thigh-high tights and stripper boots, a woman approached the corner and hailed an oncoming cab.
She combed a hand through her mane. Straight, long, onyx hair with indigo highlights, curled at the end. It dangled down her backside. A man whistled, as she slid into the cab, her hand fingered a pearl necklace around her neck.
The cab driver eyed her through the rear-view mirror.
“Where you want to go, sweetheart?” he asked, pursing his lips.
She pulled off her sunglasses, revealing deep beryl eyes. She licked her garnet, flavorsome lips.
“The Bimbo's Club,” she smirked in a low enticing voice, her cheeks blushed.
He took in her corset and long pearl necklace as he pulled away from the curb. The woman gazed through the window as the cab passed highlighted signs. She dug into her purse, pulled out a tube of lipstick and began applying it – a gash of red across her mouth – as the cab stopped.  She opened her wallet, and pulled out a twenty.
“Here you go, sir,” she handed it to the driver.
He took her money, still watching her. She opened the door and stepped out, closing it shut. The cab slid back into the night.  She pulled her sunglasses back on, bathed like a great black bird in the florescent glow of a large neon sign.  The word "Bimbo's" was lit in pale blue and crimson colors. Loud music blasted from the club. A tall lean bodyguard tipped his hat to her.
She ran a manicured nail across her deviously plump lips as she took in
the electric energy of the place. The bodyguard lustfully eyed her as he adjusted his pants. He unlocked the mini gate and let her in.
Lights pulsated all around. Scented liquor and body sweat mingled in the air. A jungle of patron’s throbbed in a sea of sweat and smell of sex, thrust against one another in a sporadic mating dance. The woman bent down, adjusting her shoes, her hair hung to the side.  A man with salmon-colored hair and a Charlie Chaplin mustache slid up to her and began caressing her ass. She purred, grooving into him. He rotated his hips, grinding into her as the music roared around them. She shook her ass, and popped it like it was hot against his throbbing member.